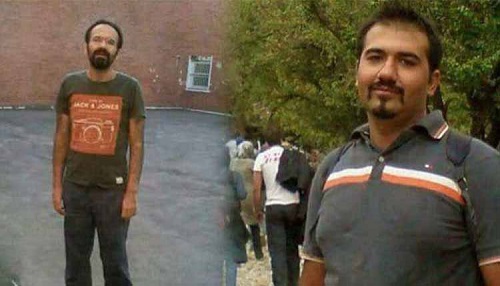 Political prisoner Soheil Arabi sent a letter out of the Greater Tehran Penitentiary on Saturday, April 4, 2020, announcing that he is going on hunger strike again to protest the authorities’ failure to deliver on their promise to send him to hospital, the abysmal prison conditions, his continued imprisonment and depriving him of prison leave during the coronavirus crisis.

Prison authorities in the Greater Tehran Penitentiary had earlier promised Mr. Arabi to send him to a civic hospital on April 4.

In a part of his letter, Mr. Arabi wrote: “Why was I deprived of prison leave? They say because I adhered to my beliefs. I am neither a murderer nor a thief. All I did was to write the truth. And I have been imprisoned for telling the truth. Those who had embezzled money were granted prison leave and are now at large. Armed robbers are now at large. What is the danger of a journalist? That he reveals the truth and informs people of their rights and duties.”

Mr. Arabi went on hunger strike on March 16 in protest to the horrible conditions in which prisoners are detained in the Greater Tehran Penitentiary, denial of medical care, and the continued imprisonment of him and other political prisoners despite the rapid spread of the coronavirus outbreak in the country. On Thursday, March 26, Mr. Arabi ended his hunger strike when prison authorities gave him positive promises.

After ending his hunger strike, a surgeon examined Mr. Arabi and ordered that he be immediately dispatched to a hospital on March 26 to be operated on. Mr. Arabi told prison authorities that if they did not deliver on their promises in the space of two weeks, he would resume his hunger strike.

Soheil Arabi had been dispatched to Tehran’s Khomeini Hospital on March 18, but he was returned to prison without any medical treatment because the hospital turned him down since the Prisons Organization and the Greater Tehran Penitentiary had failed to pay the expenses for medical treatment of prisoners.

In November 2019, Mr. Arabi was deprived of being sent to a hospital because he refused to wear the prison garb, handcuffs and shackles. In breach of prison rules, he was told to personally pay the 60 million toman expense for his blunt trauma operation.

According to the regulations of the Prisons Organization, this organization is responsible for the payment of the medical expenses of prisoners.

On April 29, 2019, Mr. Arabi was sent to Tehran’s Firouzabadi Hospital due to severe pain, but due to lack of advance coordination with the hospital and lack of empty beds, he was returned to prison after primary examinations and without treatment.