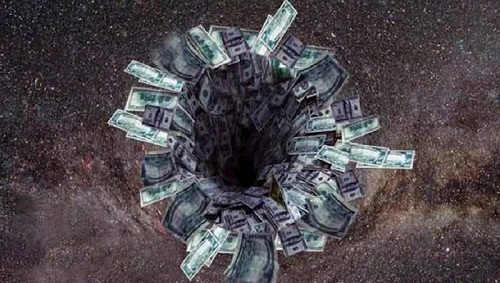 Institutionalized corruption and embezzlement have an inextricable link with the mullahs' dictatorship in Iran. However, what is new is the courageous uprising of the Iranian youth, which has made the regime's internal factions, in awe of the people's rage, expose each other's looting and point to the other faction as the cause of corruption.

Speaking in Yazd recently, regime president Hassan Rouhani acknowledged the embezzlement of $975 million by Supreme Leader Ali Khamenei's faction, calling that faction the main culprit behind the current situation. He said: "I want the judiciary, which is now fighting cases of corruption ranging in the millions and billions, to explain to the people about the case of corruption that ranges in the tens of billions of dollars. It’s been a few years since a gentleman stole $2.7 billion of the people’s money and was arrested and sentenced to death, and he is now in jail, but what happened to the stolen money remains a mystery.”

Rouhani confessed to the billion-dollar theft of state funds in Yazd before his deputy, Eshaq Jahangiri, admitted that Khamenei's faction had lost $22 billions of state funds: "Those who sold away $22 billion of state money to foreigners under the guise of weak exchange rates in Dubai and Istanbul should be ashamed of themselves, and those who took 17 trillion tomans in six weeks without authorization from central bank sources." (state-run website Khabar Online, October 21, 2019)

LOOTERS IN A POWER STRUGGLE WITH EACH OTHER

Hassan Rouhani's direct and frank confession to the regime's billion-dollar theft of state funds has intensified the fight between the regime's factions so far that its reflection can be seen abundantly on all the dominant and recessive media pages of the regime. Examples of looting cases include "Opening the black box for corruption", "220 billion toman assistance by the Intelligence Minister’s in-law to a corrupt banker", "starting a trial for a corrupt familial network over $150 million", "presenting a power plant as bail for an economic defendant,” "the discovery of the country's largest money-laundering network," "one billion euros of government currency is lost" and so on.

The confession of the Rouhani faction to large-scale unbelievable embezzlement was a reaction to Khamenei's dominant regime, which had earlier exposed yet another corner of the embarrassing corruption of the mullahs' regime by exposing the central bank's $18 billion lootings of currency. Its case is open to the media in the factional feuding.

On September 11, 2019, a news agency affiliated to the Revolutionary Guards quoted a member of Khamenei's faction as saying, "Introducing the chief responsible for the looting of $18 billion in the country's currency". The article accused Rouhani and Jahangiri of having a role in the looting of $18 billion and 60 tons of gold. It said the judiciary focuses on one percent of corruption in order to hide evidence of the other 99 percent.
In another example of these confessions, the state-owned trade newspaper Tejarat News carried a headline claiming that US dollars at the rate of 4200 tomans per dollar were lost in the bazaar.

IN A PANIC OF PEOPLE'S ANGER

On the other hand, public anger and hatred of the corrupt system and the explosive potential of society are forcing some government media to publish new information on corruption and looting in some departments of the government in order to wipe out their polluted range of corruption.

"In our political, economic system, which is based on institutional nesting, interest groups have been formed that can bridge from point to point and form a relationship. These communications and bridges help them use these parallel institutions to advance their affairs. That is why we find that when a person or group is involved in corruption, it tries to exonerate itself through another influential group or current or to save itself from punishment." (state-run Aftab website, November 11, 2019)

In yet another example, the Javan Online website affiliated with the Revolutionary Guards on November 9, 2019, portrayed the institutionalized corruption in the corrupt mullahs' rule:

"The emergence of network corruption in the country is the result of a link between wealth and power that has led to the emergence of a safe margin for corrupt individuals to the extent that it has created a systemic corruption mindset. Conviction of the President's brother in a case of financial abuse, the arrest of the executive deputy in the judiciary, the footprint of two MPs in the case of selling thousands of cars, the presence of a deputy of a government agency selling meat imported off the legal network and ... They are a clear link between wealth and power that has made the dragon of corruption in the country alive and well."

A GLANCE AT SOME OF THE CONFESSIONS MADE IN THE STATE MEDIA HIGHLIGHTS THE ENORMOUS DIMENSIONS OF THIS CORRUPTION IN THE MULLAHS' SYSTEM:

- Entekhab website, November 28, 2019: "There is a case of the state broadcaster receiving $947 million which was lost, and it is unclear what it did with the money, or they bought $2.7 billion in foreign securities, but it has been blocked, and its fate is unclear. This is about the total amount of money that the government can get from raising gas prices."

- Hamshahri daily, November 24, 2019: "The largest network fraud and money laundering gang in Golestan was identified and arrested with a 30 trillion toman transaction. The network, which had expanded its operations in various provinces, said that according to financial intelligence officials, the band had totaled about 30 trillion tomans over six years and had concentrated in three provinces of Golestan, Semnan, and Tehran. Fraudsters have pocketed huge profits by opening hundreds of bank accounts under false names. Also, the defendants had no property in their name for money laundering and tax evasion, and all property is in the name of others, but with their attorneys' and confessions they received, all of their profits went into their pockets.

-Tasnim News Agency, October 2, 2019: "Abbas Irvani has stolen over 4 trillion tomans in the past ten years, including illegally acquiring more than 400 million tomans a year."

- ISNA News Agency, May 11, 2019: "$30 billion of the total $40 billion of exported currency has not entered the country, either in commodities or in any other way."

t is clear that the state media's acknowledgment of the enormous scale of corruption by the Iranian regime’s mafia factions these days is due to the continued heroic uprising and intensified hostilities of the regime's factions by the media and the leaders.
Such looting and corruption will undoubtedly be eliminated only with the overthrow of the religious dictatorship in Iran.