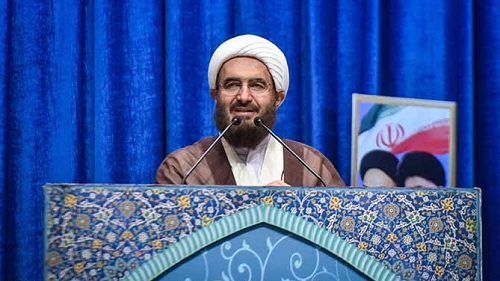 The sentence of waging war on God [execution] – the pinnacle of Islamic punishments – is being considered for these people…. The Judiciary must arrest these people and act quickly.”

Following mass protests, Supreme Leader Khamenei called protesters “hooligans” in a televised speech. During the next few days, the regime resorted to bruit force against protesters, opening fire on gatherings of more than 10 people in some parts of Iran.

Several senior officials have warned that protesters would receive severe penalties, with several them demanding the death penalty for the “leaders”.
Speaking at Tehran’s Friday prayer Congregation on November 22, Ahmad Khatami, a member of the Assembly of Experts’ Presidium, described those arrested as saboteurs who have waged war on God. He demanded that the Judiciary give them maximum punishment. Previously, Khamenei’s mouthpiece, the daily Kayhan, wrote on November 18, “Judicial bodies say execution by hanging for the leaders of the recent riot are certain.”

Iran’s nationwide protests started after the regime tripled the price of gasoline on November 15. At least 600 people were killed by the state security forces while 4,000 were wounded in the protests. Over 10,000 protesters have been arrested across Iran.