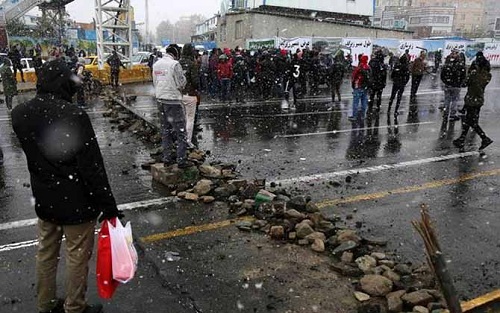 Internet access in Iran was curbed after the protests at the order of a state security council, state-run ISNA news agency reported.

Meanwhile, an informed source told the state-run ILNA news agency that the internet had been shut down due to security reasons. “The recent unrest has led the Security Council to shut down the internet”. The source said it was not clear when the net would be reconnected.

The state security forces have shot and killed at least 27 protesters in different cities though the number could be higher. Dozens of protesters were wounded.

In the central city of Sirjan where one person was killed in overnight on Friday, local hospitals could not accommodate so many wounded, and several them were hospitalized in the city of Kerman’s Seyyed Ol-Shohada hospital.

Iran’s chief public prosecutor, Mohammad Jafar Montazeri, called the protestors “saboteurs” and warned they would face “severe punishment” if arrested. He has also alleged that foreign powers were behind the protests.
Meanwhile, the regime’s Minister of Interior threatened Iranian protesters last night on state-run TV and said that they “had been identified” and “would be dealt with”.