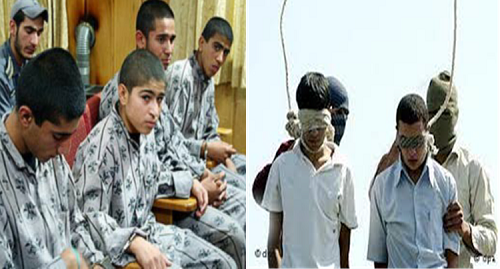 The figures provided by the regime officials must be considered as minimum as most of the executions in Iran have been carried out in secret, but it is remarkable, nonetheless.

Iran’s regime holds the infamous record of the world’s top executioner per capita.

Iran also ranks first for the greatest number of juvenile executions in the world. International human rights law strictly prohibits the use of the death penalty against a person who was under 18 at the time of the crime.

Women are also victims of the death penalty in Iran, with at least nine women having been executed since mi-June alone.
Since Hassan Rouhani took office as President, Iran’s regime has executed at least 3,800 people.

“For years, Iranian authorities have used the death penalty to spread a climate of fear in a misguided effort to combat drug trafficking, yet there is not a shred of evidence to show that this is an effective method of tackling crime,” deputy director Amnesty’s Middle East and North Africa program, Said Boumedouha, said in 2015.