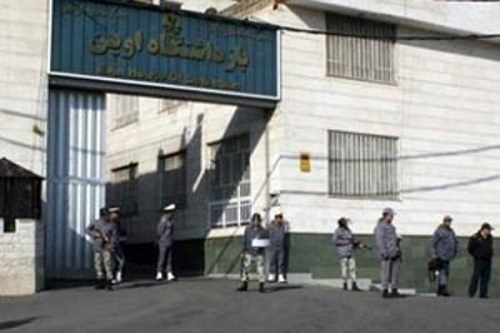 According to reports, Gholamreza Ziaei, the new chief of the Iranian regime’s notorious Evin prison in Tehran, has been mounting repression against prisoners.

Gholamreza Ziaei has adopted new rules which put more pressure on prisoners. One of these rules is the removal of health insurance plans for prisoners. This means that prisoners and their families are responsible to cover all the health and treatment costs of prisoners. Those who don’t have the money are deprived of medical treatment. Even if a prisoner is dying, they won’t be transferred to the medical center before paying for their treatment out of their own pockets.

This is while Iran’s State Prisons Organization and the judiciary to which it responds, as well as prison officials, are responsible for the health and wellbeing of detainees. However, prison authorities have little accountability to any independent body, especially when it comes to cases of political detainees.

The new restrictions also include limitation on family visits. Since three years ago, Iranian political prisoners were granted one visit every 28 days even if they didn’t make any requests in advance. But the new head of Evin prison has revoked this rule and set a new requirement that political prisoners must file a written request if they want to have visitors.

Gholamreza Ziaei has also added new restrictions to the ward of female prisoners, including limits on visits, phone calls, access to clothing and vital needs, and electrical appliances purchased by the prisoners.

In 2017, Ziaei was appointed as the head of Raja’i Shahr Prison, where he committed numerous crimes.

As the warden at Rajai Shahr Prison in Karaj, Gholamreza Ziayi had been involved in violating prisoners’ basic rights and in subjecting political prisoners and prisoners of conscience to immense pressures. During his tenure, some of these prisoners were denied medical treatment, leaving their health in critical condition.

Raja’i Shahr Prison mostly houses murderers, rapists, and drug smugglers. However, the Iran Prisons Organisation has transferred many political prisoners and prisoners of conscience to this detention center, in order to subject them to more pressures. The prison is notorious for conducting mass execution, depriving prisoners of medical care, implementing torture, beating prisoners, and denying prisoners their basic rights.

In the 2000s, Ziaei was in charge of ward 240 of Evin prison, which belongs to the Ministry of Intelligence and Security (MOIS). The Iranian regime’s Prisons Organization later tasked him with hunting down runaway prisoners. In 2009, he was the head of the notorious Kahrizak prison, where the youth arrested in popular protests were subjected to inhumane tortures. After the disasters of Kahrizak, he was promoted to president of the Prisons Organization.

The U.S. Department of the Treasury placed Gholamreza Ziaei on its list of individuals and entities to receive human rights sanctions in January 2018, due to his severe and widespread human rights abuses.

The statement issued by the Department points to Ziaei’s involvement in denying prisoners access to medical care, abusing them sexually, and imprisoning post-election protesters in Rajai Shahr Prison.

According to these sanctions, Gholamreza Ziaei’s property in the U.S. will be confiscated, and he will be banned from entering the country. The sanctions also prohibit U.S. citizens from trading with him.