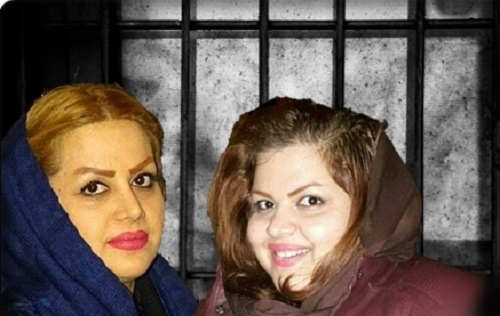 A court in Ahvaz, Iran granted the two Christian converts conditional release on a heavy bail of 1 Billion Tomans (Approximately $100,000 USD). Despite the financial hardships the majority of Iranians face these days under international sanctions the family of these Christian converts provided the bail, but every time they go to the court to submit the bail to release their loved ones, court officials tell them “the judge is not in today”!

Two Christian converts by the names of Shima and Shokoufeh Zanganeh (sisters) who were arrested more than two weeks ago have been subject to physical torture in a prison in Ahvaz.

The two sisters were arrested on December 2, 2018 around noon time in their homes by Iranian Intelligence Service officials.

The report coming from Ahvaz indicates about 13 plain-clothed security officials raided their homes and thoroughly searched all around the property, seizing their Bibles, gospel tracts, and notes taken from Christian teachings. Both Shima and Shokoufeh were then transferred to an unknown location.

At the same time, another group of security officers raided their parents’ house and searched there as well.

The Zanganeh family made multiple inquiries from local authorities to find out the whereabouts of their daughters. They were eventually referred to the Intelligence Service Office in Ahvaz, but officials in the office told them they had no information about the sisters.

After a few days of uncertainty, Shima called her family and let them know they are both being held in the Amanieh Intelligence Office in Ahvaz.

Eventually, on Wednesday, December 12, 2018 the Zanganeh sisters’ case was sent to branch 12 of the Revolutionary Court in Ahvaz. After appearing in court, both Christian converts were transferred to Ahvaz Sepidar prison.

When the two sisters appeared in court their young judge granted them conditional release on a heavy bail of 500 Million tomans (approximately $50,000 USD) for each, for a total of 1 Billion tomans.