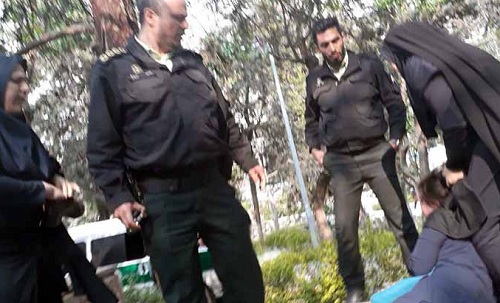 According to Mohammad Hossein Aghasi, who represented two young women, whom were assaulted by the Iran’s Morality Police beating for ‘Insufficient’ head covering, their complaint was rejected.

“The 9th Branch of the Prosecutor’s Office of the Armed Forces Judiciary Committee overturned the case, arguing that there was not sufficient evidence,” Aghasi said.

In a tweet posted on November 2, the attorney said that the Armed Forces Judiciary Committee rejected his complaints he filed on behalf of the students against two female guidance patrol officers while the video of the incident was widely circulated on social media at the time.

“We had filed a complaint that a female officer had dealt blows and insulted (the students) and requested that the Taleghani Park guard who was witness to the incident be present in the court as a witness but the prosecutor did not ask the guard to be present,” the lawyer said.

A video from Iran showing a woman being violently attacked for her “insufficient” head covering by the country’s so-called morality police went viral on April 18.