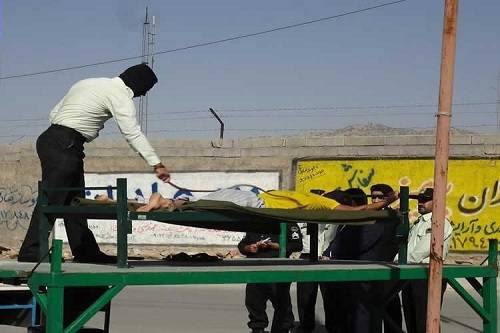 According to the The Razavi Khorasan judiciary, a man was publicly flogged in the city of Nishabur on September 26. Charged with narcotics and robbery, he faced 74 lashes in the Zabarkhan district. The victim was identified as A.T, son of Ismael.

Nishabur is a city in Razavi Khorasan Province, capital of the Nishapur County and former capital of Province Khorasan.