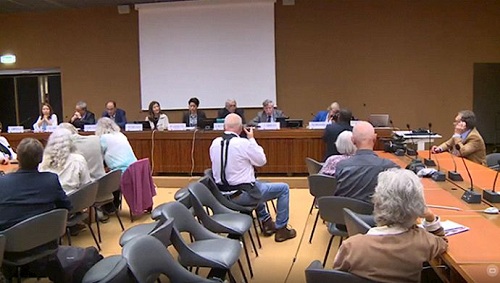 In a conference held in Geneva, Switzerland, dignitaries, and politicians reiterated the need to investigate the execution of thousands of Iranian political prisoners in 1988 and to bring the perpetrators, many of whom continue to hold positions of power in the Iranian regime, to account.

At the time, Ruhollah Khomeini, then-Supreme Leader of the Iranian regime, issued a fatwa, in which he ordered all political prisoners affiliated with the PMOI/MEK to be executed unless they repented their support for the Iranian opposition group. Tens of thousands of political prisoners were tried in 15-minute trials and more than 30,000 people were executed in the span of a few months.

The event, which many have described as one of the worst crimes against humanity after the Second World War, has become known as the 1988 massacre. Jurists and human rights defenders have constantly called for an independent probe into the crime and the perpetrators to be brought to justice in international criminal courts.