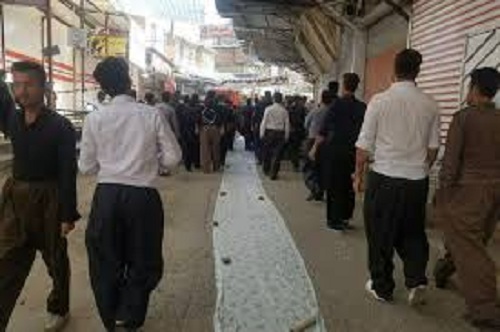 Iranian Kurdish shopkeepers began strike to protest the executions of Kurdish activists and the bombing of opposition parties in Koya in the neighbouring Kurdistan Region on Wednesday.

“We are horrified by the news that the Iranian authorities have executed these men, despite widespread condemnation of their death sentences and calls from UN human rights experts and other bodies to halt their executions.

The strikes were in Kurdish cities, including Sanandaj, Mariwan, Saqez, Bane, Mahabad, and Piranshah. This is while internet was cut or restricted in most Kurdish cities.

According to the Kurdish HENGAW, Organization for Human Rights; the atmosphere in Iranian Kurdistan is also completely militarized, and many Kurdish activists are being summoned, interrogated, and even threatened by security agencies.