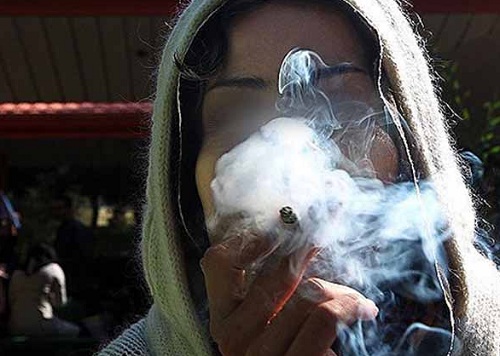 Social harms have become feminized in Iran and turned into a tragedy that has swept across the country. For the first time, the deputy director of the Social Affairs Organization of the Ministry of Interior revealed the huge dimensions of social ailments afflicting women in Iran, and emphasized that social ailments are becoming feminized.

In a specialized meeting of the presidential directorate of Women and Family Affairs with the advisers of
cabinet ministers on August 20, 2018, Reza Mahboubi, the deputy director of the Interior Ministry’s Social Affairs Organization, said, “The situation is grim and demands special attention. In the worst-case scenario in 2016, the number of female heads of household had been estimated to be 2,000,150 women, but the figure has now reached 3,200,000 women heads of household.”
Mahboubi noted, “The number of women involved with narcotic drugs and addiction has mor
e than tripled in the past few years… Of the 70,000 people diagnosed with AIDs, 47 percent are women.”
He said, “It took about 1.5 to 2 years before a comprehensive data on social harms was compiled to give a fairly comprehensive picture of the social situation, particularly the social ailments. Today, it must be said that the state of social ailments is alarming.”
On the reason for such feminization, Reza Mahboubi pointed out, also to the causes to the feminization of social harms and said, “Some of the damages are related to poverty, unemployment, unbalanced development, injustice and improper distribution of resources.” He added that a lack of planning has led to unequal development, and the class gap between various sectors has caused social ailments. (The state-run ISNA News Agency – August 20, 2018)
Earlier, Seyed Mohammad Mousavi, the SSF Commander of Gachsaran, in Kohgiluyeh and Boyer-AhmadProvince, admitted to the increasing prevalence of Iranian women drug addicts and said, “More than 55 percent of divorces are due to drug addiction, and more than 25 percent of the killings are also due to drug addiction. We have to accept that there are more than 750 thousand Iranian women drug addicts in the country.” (The state-run ILNA news agency, August 17, 2018)
According to previous figures, there are at least 4 million drug addicts in the entire country which puts the population of Iranian women drug addicts at about 19 percent, indicating a dramatic increase in the percentage of addicted women in Iran.