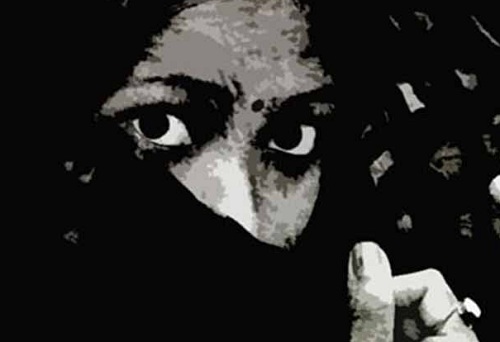 Iranian official media, for the first time revealed sexual abuse of women and use of sex slavery in Iran and the Iranian tourism industry.
These media reports have tried to show the business as illegal and play down the role and involvement of the clerical regime’s officials.

Obviously, however, sex slavery could not have turned into a sprawling business in religious cities and tourist resorts without the green light of government officials in return for huge bribes or their own direct involvement, since everything in the country is constantly being monitored by security forces who arrest hundreds of young men and women every day across the country in raids on private parties and the official policy of the clerical regime is arresting and flogging women who show off a lock of hair, attend mixed parties, or chat with strange men in the social networks.
Travellers’ houses
“Sex services” are provided to single young Iraqi men and other foreign tourists and pilgrims in some 5 to 6,000 “travellers’ houses” in Mashhad, capital of Razavi Khorasan Province, according to the report by the state-run Mokhber News website.
Following the devaluation of Iran’s currency, the arrival of Arab tourists from Iraq to Iran has increased by 90%.
Mokhber News reports, “Presently, one cannot deny the existence of Arab tourists in this religious metropolis, and specifically single Iraqi men or Iraqi men who visit Mashhad without bringing their families… The situation has reached the point where some of these pilgrims condition their choice of lodging on the presence of a woman for temporary marriage and some jobs have been created to facilitate this deal.”
Mokhber News writes, considering that official and credited hotels do not admit foreign men who are accompanied by Iranian women, some Arab tourists, particularly the Iraqis, stay in privately owned houses and are scattered around the city. There are houses called, “houses for travellers,” which do not have business licenses and are not monitored. These places are used by Arab tourists without them facing any restrictions.
Official admissions
Government officials have acknowledged the existence of 5,000 “travellers’ houses” in Mashhad but trade unions say 6,000 is the correct figure. These “travellers’ houses” provide housing for fifty per cent of travellers and Arab tourists. (The state-run Kabar Online website – August 27, 2018)
The state-run ISNA news agency wrote in this regard, “Commuting of single Iraqi men to the travellers’ houses in Mashhad has increased. Since they cannot stay in hotels with the Iranian women who accompany them, they go to over 6,000 unlicensed travelers’ houses in this holy city.”
A few lines down the same article, the report estimates that there are over 7,300 travellers’ houses in the Razavi Khorasan Province.
According to ISNA, Mohammad Ghane’ii, president of the Union of Hotel Owners in Razavi Khorasan Province, also confirmed that single Iraqi men are accompanied by Iranian women in the travellers’ houses. He also added the Holy City of Qom to the range of cities involved in this business. “The referrals of non-Iranians and particularly Iraqi Arabs are much more discernable in cities like Mashhad and Qom which host pilgrims. Since the issue of temporary marriages has been brought to the fore, we must be more careful.”
Sex slavery, a tool of diplomacy
On 13 December, 2010, the Al-Arabiya.net published a report based on a document exposed by the WikiLeaks, in which it cited an Iraqi tribal sheikh as telling a US Embassy staff in Baghdad, “To boost its influence in Iraq, the government of Iran gives us women in temporary marriages in every short visit we have to Iran.” The sheikh continued, “After my first visit to Iran, I found out that all the sheikhs who had visited Iran had enjoyed temporary marriages.”
It is predictable that the regime’s need to expand such influences has increased over the past eight years since this report.
ISNA also wrote that the Free Zone of Arvand, in south-western Iran, which was declared a free zone since last December not requiring visas from visitors, has hosted Iraqi travellers, as well. There are houses in this region where women are engaged in sexual slavery. (The state-run ISNA news agency – August 27, 2018)
The above reports are only the tip of the iceberg on the involvement of the clerical regime’s officials in modern slavery and sex trade published for the first time in the regime’s official news media.
Unofficial reports previously estimated the figures to be much higher. Iranian officials or state-backed agents are either directly involved or are complicit to the business in other ways, a business whose first victims are Iranian women and girls.