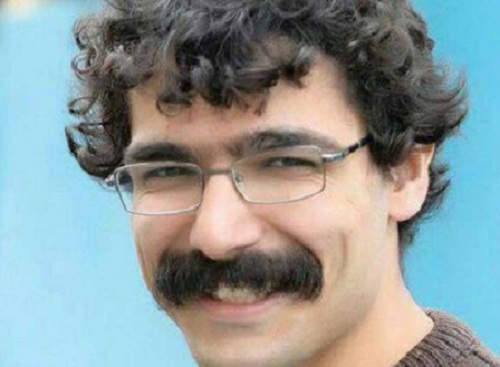 The verdict was issued in absentia by judge Salavati, the head of the Branch 15 of Tehran’s Revolutionary Court.
Mohammad Sharifi was charged with “assembly and collusion against national security”, “disrupting public order”, “propaganda against the establishment”, and “defying the police”.

In his verdict mentioned that “The defendant has been present at all incidents and gatherings of the cult (Gonabadi Dervish order) from the beginning and in no way expressed regret about that. He constantly blames the Officials for the incident (Golestan Seventh).”

Since 19 February, Mr. Sharifi Moghaddam had been kept at Greater Tehran Prison in Fashafouyeh.

Earlier this month, Kasra Nouri, another journalist and Majzooban-i Nour’s reporter has been sentenced to a twelve-year prison sentence, 74 lashes, two-year exile in a remote city and deprived of all social rights. The verdict was issued in absentia by the notorious judge, Mashaullah Ahmadzadeh, the head of Branch 26, Tehran’s Revolutionary Court.

Mostafa Abdi, a contributor to the Sufi news website was sentenced to 26 years behind bars, 148 lashes, two years exiled to Sistan and Baluchistan and two years of “social restrictions.”

Tehran Revolutionary court also sentenced news editor Reza Entesari to seven years in prison, 74 lashes, two years of exile in the northeastern city of Khaf, a two-year ban on leaving the country and a two-year ban on political and media activity.

The violence erupted during a February demonstration by members of the Gonabadi order, known as dervishes, who were protesting the arrest of members of their community, as well as rumours that their leader would soon be arrested.

Hundreds were arrested. Footage of dervishes with head injuries and broken teeth and jaws were widely circulated on social media.
While suffering physically, many of the detainees were taken to prisons and kept in unbearable conditions in solitary confinement, according to social media reports and images. The detained dervishes were tried behind closed doors without access to lawyers.