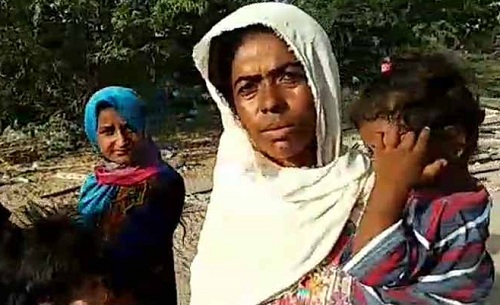 A member of Iranian Parliment says 50 percent of the country’s population live in absolute poverty, and the poverty line has reached close to 6 million tomans (about 1.370 dollars).

Emphasizing that before the Rouhani’s second term, 12% of the people were in absolute poverty and the poverty line was close to 3 million tomans (about 683 dollars), Rasoul Khezri said, the percentage of people who have suffered from extreme poverty has risen several times. (ICANA state-run Website – 1 Aug 2018)

Hossein Raghfar, the prominent Iranian economist, told state-run Iranian Students News Agency (ISNA) that 33 percent of the country’s population lives in poverty, and around six percent are starving, on 7 April.

He said that a family of four who lives in an urban area with a monthly income below forty million rials (roughly $1000) is living in poverty. In rural areas, families with an income of fewer than 20 million rials per month also live in poverty, according to Raghfar.

The bar for a poverty level income is set much lower by Iran’s Ministry of Cooperatives, Labour, and Social Welfare, who claims that a family of five living on seven million rials (roughly $160) per month has enough to live on. He said that his calculation takes into account the cost of all necessary commodities, including food, when setting the poverty line.

The task of setting official poverty level income figures has been made more difficult than in the past with the contradictory approaches to measuring the poverty line.

The Financial Tribune published in Iran wrote on January 21st, “Absolute poverty measures poverty in relation to the amount of money necessary to meet basic needs such as food, clothing, and shelter. The concept, therefore, fails to recognize that individuals have important social and cultural needs.” They added “This, and similar criticisms led to the development of the concept of ‘relative poverty’, which defines poverty in relation to the economic status of other members of the society. As per this concept, people are poor if they fall below prevailing standards of living in a given societal context.”

Raghfar pointed out that there are other expenses, such as housing, transportation, and clothing.

The Imam Khomeini Relief Committee (IKRC) is a tax-exempt state institution launched by the Islamic Republic’s founder, Ayatollah Rouhollah Khomeini, to assist poverty-stricken people. On March 5th, the president of the IKRC, Parviz Fattah, said that the number of applicants seeking assistance from the charity has gone up nearly 50 percent. He insinuated that not all those seeking assistance were genuinely in need.

Fattah, a former Islamic Revolutionary Guards Corps (IRGC) commander and energy minister under President Mahmud Ahmadinejad, also said, “The IKRC has nearly five million clients, of whom three million are directly covered and receive monthly allowances, while two million are receiving assistance according to their needs.”

An October 2017 report by the World Bank states that “Iran is the second largest economy in the Middle East and North Africa (MENA) region after Saudi Arabia, with an estimated Gross Domestic Product (GDP) in 2016 of $412.2 billion. Iran ranks second in the world in natural gas reserves and fourth in proven crude oil reserves. Economic activity and government revenues still depend to a large extent on oil revenues and therefore remain volatile.”